Dogecoin is like the class comedian who got kicked out of school for making jokes who ended up becoming a billionaire anyway.

While it’s easy to dismiss Dogecoin as a joke, its supportive community, and massive market cap is hard to ignore. The Dogecoin community consists of over 489,000 subscribers on Reddit and has received admiration from individuals such as Elon Musk.

This altoin is a peer-to-peer digital currency, just like Bitcoin and Litecoin. It was founded in 2013 by Jackson Palmer and “Shibetoshi Nakamoto”. The site and project are laced with homages to its mascot, a Japanese Shiba Inu dog. For those unfamiliar with the meme, “doge” is derived from the word, and the memes often revolve around simple-minded expressions of emotion such as “much wow”, “very crypto”, and “such moon” in Comic Sans font.

The token is designed to have over 100 billion coins, a stark difference between that of its competition Bitcoin, which will only have 21 million total tokens. Doge operates just like any other cryptocurrency; it can be mined or purchased on most exchanges.

The Tesla founder Elon Musk has expressed interest in Dogecoin on a handful of occasions.

On January 27th, 2021, Musk tweeted a cover of Dogue, allegedly in response to Dogecoin’s 700% astronomic gain in price in the same week.

If you’re new to CoinCentral, we’re not a gossip magazine that glosses over what celebrities say about random projects. Musk’s comments, however, are particularly impactful because they’re so closely tied to Dogecoin’s price and the underlying emotional volatility in the financial sector.

Should I Buy Dogecoin? What’s up with Doge’s Price?

Like any other token, Dogecoin is susceptible to extreme volatility and speculation.

No one can predict the price of anything on the market or advise you whether or not to buy an asset. The ebbs and flows of the market could swing Dogecoin in any direction, and you should be prepared to lose 100% of your investment in any cryptocurrency.

That being said, Dogecoin saw some substantial growth in 2017. Its market cap broke $2 billion in January 2018, and the meme-based token started attracting media attention.

However, its most visible moment was on January 27th, 2021. Following a week of R/Wallstreetbets-fueled pandemonium buying stocks like Gamestop and AMC to blow up hedge fund short positions, and Robinhood pausing trading of those stocks and more, Dogecoin got its strongest pump yet. Its market cap hit a whopping $9.7 billion and Doge traded at a high of roughly $0.076, up from just under a penny the week before.

Although Dogecoin does have a peer-to-peer payment use case and a vibrant and active community, there isn’t sufficient information for anyone to make a claim of whether you should invest in Dogecoin or any cryptocurrency for that matter, or not.

Where Can You Buy Dogecoin?

A huge reason Dogecoin was able to break into popularity and stay popular is its widespread availability in exchanges. The most popular exchange for Dogecoin is Bittrex (upper 30%) and Poloniex (20%), as well as minor exchanges Gate.IO, HitBTC, Cryptopia, and CoinExchange, with the most popular pairing being BTC-DOGE.

Where Can You Store Dogecoin?

Getting started with Doge is a fairly simple process. New users can download the MultiDoge wallet from the site and set it up in under 5 minutes. Alternatively, users can store their Dogecoin either on their exchange wallets or whatever other wallets support the Doge. Persuing through Dogecoin’s site, you’ll see how simple the team has made the onboarding process.

The Dogecoin community created a (now seemingly defunct) non-profit organization called the Dogecoin Foundation to “facilitate the use of Doge through goodwill, promotional, and charitable endeavors.”

The Dogecoin Foundation openly extends its arms to those who “want to spread the love using the magic of doge”.

This Foundation also claims to make “massive efforts to help people whether they’re on the moon or on Earth.”

Other than that, not much to see here.

Dogecoin was initially created as a joke, and it doesn’t pretend to be anything else in its marketing material. The digital asset itself, however, has become much greater than it seems its original founders intended. Dogecoin has become a highly speculative asset listed on multiple large exchanges, and we caution our users heavily if considering putting their own money into it.

Is Dogecoin the next Bitcoin? Probably not. However, having broken a $9.6 billion market cap, Dogecoin at least holds the crown for one of the world’s most valuable memes.

If there is one single golden lesson we can extract from the Dogecoin project is the importance of building a community.

The token has been long dismissed as a joke by the cryptocurrency elite, yet Doge is far from being obsolete thanks to its robust community of people that simply want to see the coin succeed for the sake of succeeding.

Joke or not, Dogecoin has been able to accomplish something that few tokens can. It has been around for nearly 5 years, which garners some respect.

An analysis of Doge also adds some color to the current cryptocurrency landscape. This straightforward token doesn’t pretend to be anything but what it is: a peer-to-peer digital currency. Among the thousands of whitepaper pages, complex theories, and pedantic explanations of the cryptocurrency market, Dogecoin is a rarity – and its community loves it.

This article by Alex Moskov was originally published at Coincentral.com

Alex Moskov is the Founder and Editor-in-Chief of CoinCentral. Alex leans on his formal educational background (BSBA with a Major in Finance from the University of Florida) and his on-the-ground experiences with cryptocurrency starting in 2012. Alex works with cryptocurrency and blockchain-based companies on content strategy and business development. He privately consults entrepreneurs and venture capitalists on movements within the cryptocurrency industry.

He also regrets not buying more Bitcoin back in 2012, just like you. The Potential of Cryptocurrency 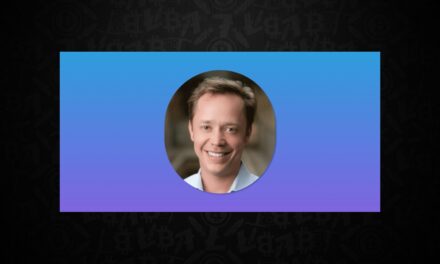