Bitcoin and Coronavirus (COVID-19) is economic history in motion: Not only is Bitcoin facing its first genuinely unified and global external threat, but it’s also doing so to the background music if a potentially hyperinflating U.S. Dollar.

Coronavirus and Bitcoin can help us correlate the relationship between the impact of external factors (public fear/panic and global pandemic) and borderless digital currency.

A bullish sentiment would focus on the possibility of Bitcoin evolving past its speculative phase into a more stable asset as global demand increases, generating an enormous profit for early holders of the currency.

A bearish sentiment would further cement its argument that Bitcoin offers no actual utility and will always be a highly speculative asset.

If you’ve been reading CoinCentral for a while, you know we don’t shy away from saying we don’t know what’s going to happen. We’ll even go out on a leg here to say that most sites and personalities that give you thinly veiled opinion-predictions based on “deep technical analysis” don’t either.

However, we can take a look at what happened and surmise some narrative and review. In this article, we’re going to go over the impact of Coronavirus (COVID 19) on Bitcoin, and what that means for the U.S. Dollar.

The two most notable changes in Bitcoin’s price so far are:

Bitcoin is prone to the same panic. It dropped about $50B in market cap on March 12th, which seems like a lot if you ignore that the five biggest tech companies (Amazon, Apple, Alphabet, Facebook, and Microsoft) lost a combined $416.63 billion on the same day. Bitcoin is small, but it makes a lot of noise, a factor worth keeping in mind when monitoring drastic price oscillations.

The thought of Bitcoin being a safe-haven asset is a fever dream built on a few logical arguments:

However, all theories are dominated by the reality: Bitcoin has still yet to mature past its speculation phase.

Was Bitcoin’s recent price gain a response to the Department of Labor reporting a whopping 6.6 million new unemployment claims? Possibly. If so, this could be a bold indication that people are flocking to Bitcoin in search of stability (ironic for one of the most volatile asset classes, historically). With the United States printing trillions of dollars in aid (money printer go BRRRR) and dealing with the economic repercussions as an afterthought, it makes sense people would seek an alternative means of wealth storage. Is Bitcoin security in the time of crisis? Bitcoin plummeting by over 50% in the course of March would suggest otherwise. The global community of investors seems as fearful as ever, and fairly so as we collectively try to deal with this global coronavirus pandemic and national quarantines.

Was the early April price spike the result of sophisticated and mainstream traders? Likely. A recent survey of traders and investors by popular exchange Kraken placed $22,866 as the bitcoin price target, which would surpass Bitcoin’s previous ATH of around $19.5k.

However, if we look past the blatant speculation that has plagued digital assets for years, we have an extremely important threat to follow: how will U.S. inflation due to its recent and future stimulus package affect Bitcoin and digital assets?

The U.S. Inflation and Bitcoin:

The U.S. Dollar has witnessed a lot since its creation in 1792: a Civil War, two World Wars, a handful of lethal pandemics. Its seen the rise and fall of superpowers. It’s survived Depressions and thrived in booming economies.

Despite this or because of it, the Dollar has become the de facto world currency. In 2019, nearly 61% of all known central bank foreign exchange reserves were made up of the U.S. Dollar (the second most popular is the euro with 20%.) 65% of all U.S. Dollars, about $580 billion, are used outside the United States and mostly in former communist countries in the old Soviet Union bloc and Latin America.

Entertaining the idea of a future where the U.S. government doesn’t dominate the political scene or is forced into a tertiary “ailing empire” role, is far outside the immediate realm of belief for the vast majority of Americans.

However, it’s more real than ever. Instead of rattling and prophesizing America’s threats like war hawk political talk show pundits, we’ll re-focus on the impact of Coronavirus (COVID 19) on Bitcoin, and what that means for the U.S. Dollar.

Coronavirus has given hundreds of millions of Americans a small taste of what a catastrophic economy feels like: going to supermarkets and not being able to get what you want, having very limited recreational or nightlife options, and for many, being forced into becoming financially dependent on your government.

It’s hard to imagine George Washington and Alexander Hamilton planned for an America that has $23.5 trillion in national debt and is rapidly printing currency to keep its hundreds of millions of citizens alive at home.

There are few antagonists of the current U.S. stimulus plan with better solutions. Scold all you want, but there are going to be millions of people relying on government aid to pay for life’s basic necessities like food and water. The general population is less concerned with inflation and more with surviving.

However, that doesn’t eliminate the threat of hyperinflation. One doesn’t need to look far past the Hong Kong riots and Venezuela’s dilapidated economy to understand why Bitcoin is receiving international attention as a viable alternative to native currency.

“This thing has the potential to be comparable to the value of gold,” sais Palihapitiya. This is a fantastic hedge and store of value against autocratic regimes and banking infrastructure that we know is corrosive to how the world needs to work properly.”

At one point, Palihapitiya owned about 5% of all BTC in circulation, so it’s fair to say its sentiments sway bullish. However, it’s hard to look past the substantial value BTC and other digital assets offer citizens in countries like Venezuela. The once-rich country now has currency hovering around a 10,000,000% inflation rate, which has many citizens turning to BTC as a store of value.

Coronavirus and Bitcoin: Antifragile or Bust

It’s hard for one to read Nassim Nicholas Taleb’s Antifragile: Things That Gain From Disorder in 2020 and think of Bitcoin. Coronavirus is Bitcoin’s biggest test. Will it bend? Will it break? Will it flourish? Only time will tell, but we do have some sense of direction as new information appears.

Since BTC is limited to just 21 million coins, it’s only a matter of time until scarcity starts playing a major role in its price fluctuations. There are currently 18,104,700 BTC in circulation, meaning that roughly 86.1% of all BTC has been mined and is in the ecosystem.

However, according to, McAfee, this scarcity is much more drastic than the numbers let on.

“Let’s get real, there are only 21 million bitcoins, seven million of which have been lost forever, and then, if Satoshi is dead, add a few more million,” McAfee explains.

Mathematically, Bitcoin’s price can be deduced to simple supply and demand. The scarcity argument would be emboldened by the potential flock of people starting to buy and hold Bitcoin, but it also glosses over a critical detail: we communicate Bitcoin’s price as it relates to the U.S. Dollar. If the very fundamental basis of understanding Bitcoin’s value starts rapidly inflating, McAfee may get his $1M Bitcoin wish soon enough.

However, if Bitcoin does become the last resort for stability for Western economies, the world is likely going to be in a much more precarious position than it is today. This may be music to the crypto-anarchists in the audience, but such a large fundamental shift could be very dangerous.

The supremacy of the Dollar has been leveraged as a foreign policy tool, a replacement for boots on the ground. The United States has leaned heavily into this advantage. The unraveling of the complicated web of militaristic and economic relationships created over decades challenges the very status quo of daily existence, which has only been proven to generally improve over the years.

Understanding what could evolve into the de facto functional currency (or parent of it) can only serve as an advantage in the time to come. At the very least, studying Bitcoin’s response to Coronavirus will help paint a picture of the efficacy and utility of decentralized digital assets. We’ve never seen Bitcoin respond to a truly global macroeconomic event, which makes this an incredibly exciting time to be involved in the cryptocurrency world. 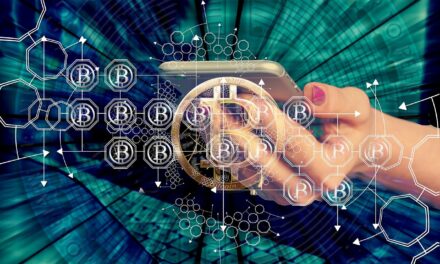 Can Bitcoin Become the Next Global Reserve Currency? 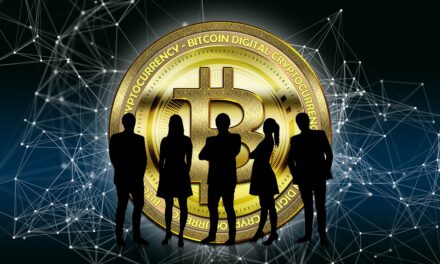 Will Bitcoin ever Be Regulated? 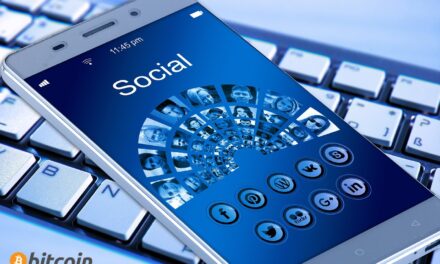 Social Media Sentiment: How does it Affect the Bitcoin Market? 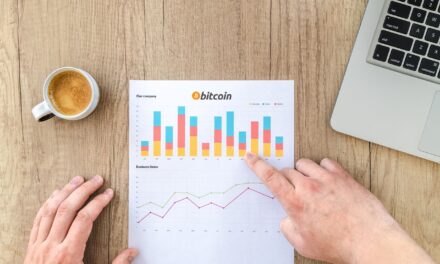