Mining the major cryptocurrencies using hardware these days can take some serious investment. Not only does it involve financial outlay on the mining setup, but you should also understand the game enough to remain sufficiently competitive. If you think you’re about ready to invest in Litecoin mining hardware, then you’re in the right place, as our guide rounds up the best options available in 2018.

A Word of Warning

The prolonged bear market has made it difficult for miners in 2018. The energy costs in many countries mean that the costs of running a rig can outweigh the profits available. This can be the case when mining Bitcoin, Litecoin, or any of the other cryptocurrencies.

Before investing in any mining hardware, be aware of the risks. If the price of the coin you are mining goes down, you may end up paying more for the energy to run your mining rig than you will gain from the profits it generates. Additionally, you want to ensure that the profits you earn cover the costs of investing in your equipment. Check a profitability calculator and make sure you know what you are getting into.

While the value of Bitcoin is significantly higher than Litecoin, it may seem like Bitcoin is the more attractive option. However, mining Litecoin has some differences that could be advantageous. Notably, Litecoin mining operations are somewhat less saturated than Bitcoin ones.

Litecoin block mining happens every two and a half minutes in contrast to Bitcoin where a block is mined every ten minutes. Therefore, there are four times as many opportunities to mine a Litecoin block than a Bitcoin block. Block rewards for mining Litecoin are currently 25 LTC per block.

Like Bitcoin, Litecoin undergoes a halving periodically, which helps the coin keep its value. The next halving of Litecoin block rewards will be on August 7, 2019.

Litecoin mining hardware operates on the Scrypt mining algorithm. This means you could also put a Scrypt ASIC to use mining other cryptocurrencies that use the Scrypt algorithm, for example, Dogecoin.

Options for Litecoin Mining in 2018

For this reason, anyone looking at the best Litecoin mining hardware for 2018 needs to purchase a Scrypt ASIC miner. Of course, this is a more expensive option than was previously available when GPU mining was possible. However, in 2018, it’s the only possible way that a miner can realistically compete for block rewards.

Balancing value for money against power consumption and hash rate (the speed at which the miner can mine the next block), the Antminer L3++ is definitely worth considering – particularly for those newer to the mining game.

It runs on 942w of power at a hash rate of 580mH per second. Although another model of Litecoin mining hardware operates with a higher hash rate (see below), the Antminer L3++ currently retails for less cost on Amazon at under $400. This makes it excellent value for the money among Scrypt ASICs. Bitmain is the provider manufacturing and selling the Antminer hardware.

The Antminer L3++ is the newest version of the Antminer Scrypt ASIC. However, there are older versions still on sale. There are two models of the previous version, the Antminer L3+, that run on 850w with a hash rate of 600Mh/s, or 800w for 504Mh/s. It’s important to check whether or not the power supply is included when purchasing the Antminer L3+ or L3++. Models shipped directly from Bitmain do not have a power supply, so you must purchase it separately. If buying on Amazon, it may be possible to obtain a bundle with the power supply included.

The Bittech L1 is a brand new Scrypt ASIC released in August of this year. It’s a more sophisticated piece of Litecoin mining hardware, albeit at a far higher price than the Antminer ASICs. 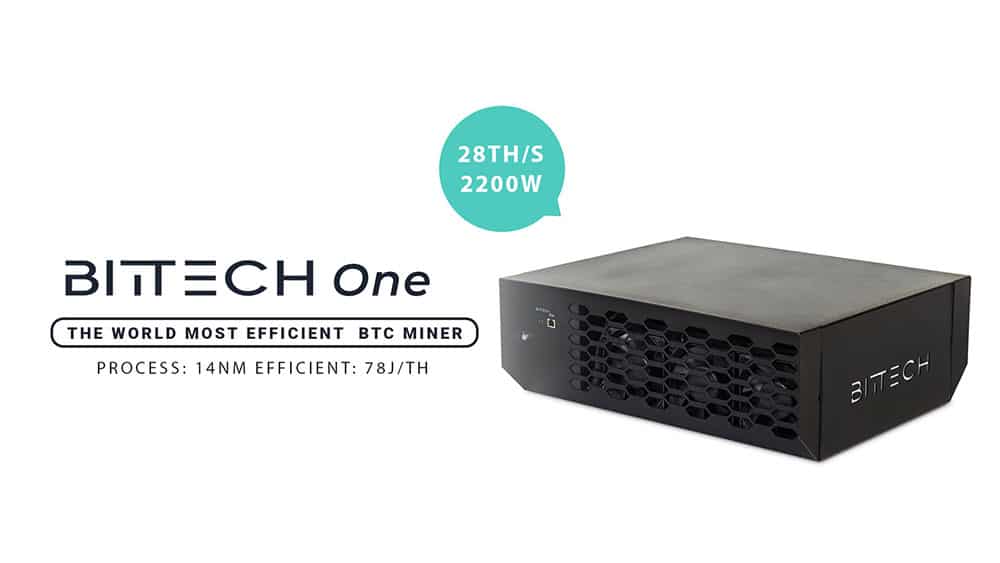 Reflecting its status as a more serious piece of kit, the Bittech L1 consumes 2600w of power to run a hash rate of 2600Mh/s. Therefore, it may provide a more profitable option than the Antminer hardware over a longer period of time. However, the initial outlay of nearly $1,000 means that it will swallow up profits for longer than the Antminer.

The Innosilicon A4 LTCMaster is Litecoin mining hardware only for the most hardcore miners. It runs on 1500w of power with a hash rate of 1230Mh/s. However, what is likely to put off all but the most deeply invested miners is the fact that it’s only possible to order this Scrypt miner in batches of three at a time. With a cost of $3000 per machine, this is a hefty initial outlay, particularly in a bear market.

Innosilocon seems to have a poor reputation for customer service, with some buyers reporting issues with communicating with the company. The website is explicit that ownership transfers to the buyer once Innosilicon dispatches the parcel to the delivery couriers. If your $9,000 worth of mining gear arrives in a damaged state, it’s your lookout apparently. For this reason, the Innosilicon A4 comes last on our list.

Mining cryptocurrencies can be highly profitable during bull markets. It can even still generate profit even in bear markets; if power costs are low enough and the hash rate high enough. To understand the current profitability levels of any of the Litecoin hardware recommended here, check out a profitability calculator first. Coinwarz calculators are a decent option for estimating the profitability of Litecoin mining hardware. It factors in the current mining difficulty levels, hash rate of each device, and energy costs in your area.

Above all, like any investment, make sure you understand the risks and payoffs before buying any mining hardware.