Why the United States Needs Blockchain for Relief Packages It seems like only yesterday people were tepidly excited about receiving a $1,200 check from the United States government to lessen the hardships of stay-at-home orders and pandemic-induced loss of jobs. However, rent is due today. Grocery bills for June have yet to rack up. That $1,200, regardless of how one tried to stretch it, is either running dangerously low if it hasn’t completely evaporated already.

Talks of another (few) rounds of stimulus checks have already been circling political circles, but who’s to say that future economic stimulus packages are going to find their way to the hands of those most in need?

Brad Robertson, the Founder and CEO of Polyient Labs, a blockchain incubator and Polyient Games, a blockchain gaming ecosystem, argues that blockchain needs to be used to guarantee the delivery of future stimulus cash.

We got the chance to connect with Brad to discuss blockchain for relief packages.

What needs to happen at an institutional level to implement blockchain-based solutions?

There was a massive amount of hype surrounding blockchain in its infancy. The hype-honeymoon is over. Blockchain-solutions must prove themselves. To gain traction at the institutional level, blockchain solutions have to be adaptable, scalable, and interoperable.

Corporate executives don’t have the time to discuss “which chain is right for our business and our customers.” They are only interested in efficiency and cost-savings.

So, in order to win over institutions, cross-chain functionality will be a requirement.

We’re already seeing this in blockchain gaming: Those games and gaming ecosystems that are gaining momentum are the ones that offer cross-chain functionality. That will be true for institutional implementation as well.

What are the potential downsides of using blockchain to distribute relief money?

The biggest potential downside of using blockchain to distribute COVID-related relief money is the likelihood that the Treasury Department will screw it up.

I’m not being flippant. Traditionally, government agencies have a poor track record when it comes to adopting new technology. We all remember the early days of ObamaCare. More recently, look at the IRS. It set up a website to help people track their CARES relief checks and the site has crashed at least twice.

This doesn’t mean the Treasury Department shouldn’t deploy blockchain to speed up relief payments – it absolutely should. Millions of Americans are waiting for checks that were supposed to be delivered in March. Just know, there will be bumps in the road – just as there are with every new government initiative.

Why now is the time to deploy blockchain to ensure relief money is delivered more quickly?

The time to deploy blockchain to improve the distribution of relief money was in February– if not before. Before CARES was signed into law.

Some 60 million Americans still haven’t seen a dime of CARES money. Nearly 40 million Americans are unemployed. Lawmakers were proactive in increasing unemployment payments for millions of Americans, but they did nothing to ensure state employment agencies could process the wave of new applications. Most of those agencies still rely on centralized 1980s technology.

Why is the US so far behind in the adoption of this technology? What is the hesitation, especially when it could ensure people get their relief money more quickly?

The United States is behind Canada, China, Switzerland, Malta, etc. because our laws and regulations marginalize blockchain and cryptocurrencies, making it difficult for the technology to gain real traction in the United States.

Our current regulations reflect a lingering mindset among some lawmakers and policymakers who associate blockchain technology and cryptocurrencies with crime.

It’s not entirely their fault; there’s a lot of misinformation out there, but the research doesn’t support that viewpoint. Criminals are 800 times more likely to use traditional fiat currencies over digital ones when breaking the law.

The good news is that an outdated mindset is slowly crumbling. In 2019, Reps. Warren Davidson (R- OH) and Darren Soto (D-FL) introduced the Token Taxonomy Act and the Digital Taxonomy Acts.

In each case, lawmakers are trying to drag Capitol Hill into the 21st century. My companies, Polyient Labs and Polyient Games, are both headquartered in Arizona and we see Rep David Schweikert (R-AZ) doing it here: helping create a business landscape that welcomes blockchain.

Schweikert, Brown, Davidson, and Soto all have a responsibility to bring jobs back to their districts. They recognize blockchain is a job creator.

Will the COVID crisis force the US to get up-to-speed when it comes to blockchain and digital currency?

Yes. We’re already seeing signs: Sen. Brown’s call for a digital dollar, the Congressional letter to Mnuchin asking that his department use blockchain for COVID payments.

Lawmakers know traditional payment methods don’t cut it any longer. I mean, the IRS has resorted to sending physical relief checks to citizens – and millions of those checks are lost. The COVID crisis is forcing lawmakers to admit the old methods are broken.

Similarly, industries now have to admit global supply chains are broken. In the United States we saw it firsthand in the last few months: critical shortages of medical supplies, food, toilet paper. You name it.

I guarantee you: conversations are taking place in C-suites across the country right now. Executives are saying “we need a decentralized, reliable and transparent method of tracking, tracing and auditing inventory.” That sounds like a recipe for blockchain.

This article by Alex Moskov was originally published at coincentral.com 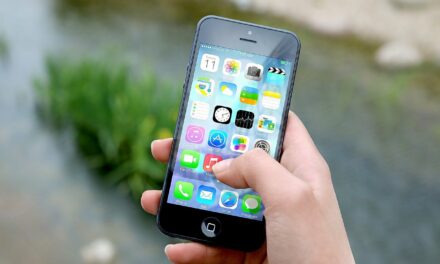 Tokenized Securities on Blockchain are here. Blockchain: How it Can Help the Homeless